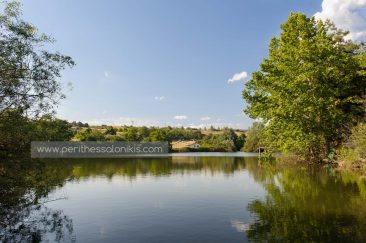 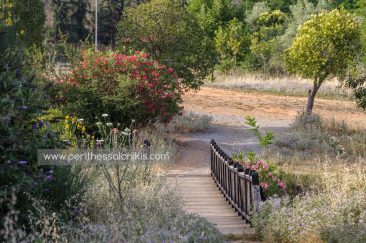 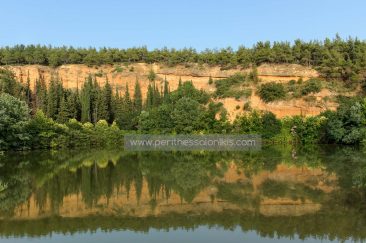 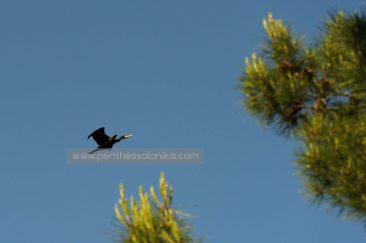 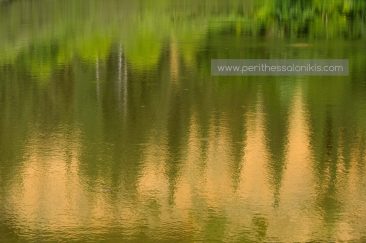 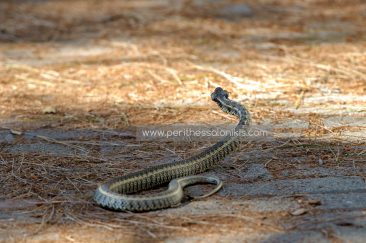 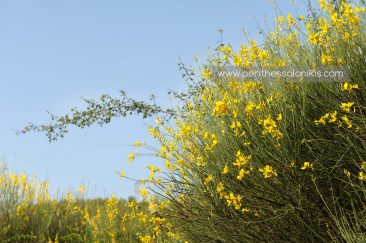 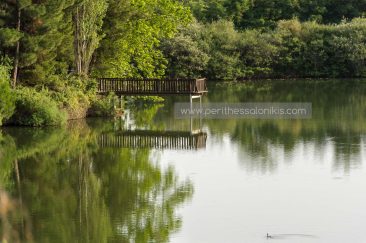 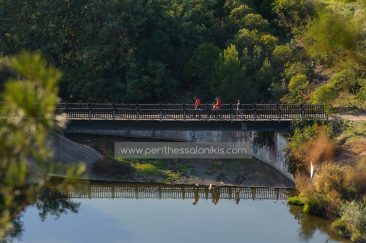 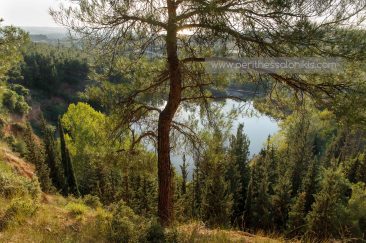 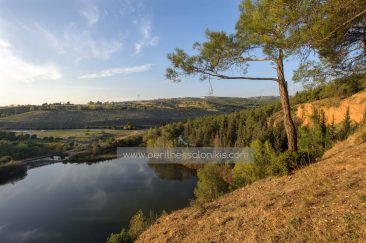 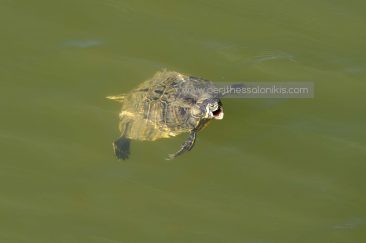 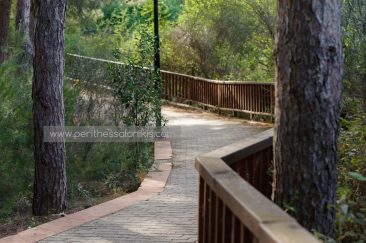 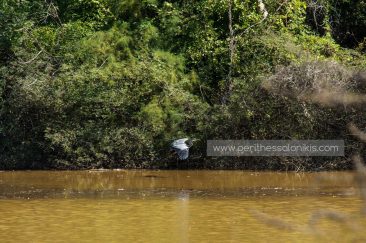 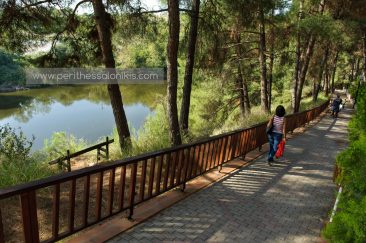 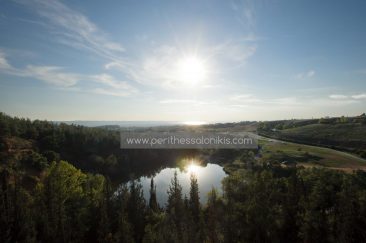 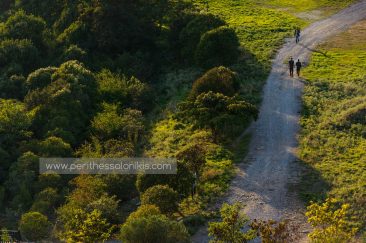 The small stream Vathilakos has its source in the mountain of Thessaloniki, Chortiatis. It issues into the bay of Thermaikos, after having united with the river Anthemuntas.

One of the stations that the water takes is the reservoir Fragma (dam) Thermi which was build as the first dam of the area in 1993. It lies northeastern of the town Thermi which is seat of the same-named municipality and located only 15 km from the center of Thessaloniki.

It is a magical area with an artificial lake which is divided into two parts, it has a lot of trees, primarily pines and cypresses and a big amount of different bird species like cormorants, herons and ducks. In Thermi, there also live turtles, frogs and snakes. At the heart of this green and during summer time also chilly landscape, there is a public house – something between a cafe and a tavern – as well as a playground.

Thermi is a pleasant place for a quick escape from city life. On the weekends, when there is more time for leisure activities, one can go for a hike of 9.3 km along the brook bed, uphill. Start is at the dam and end is 4 km north of the main square of the town of Panorama. 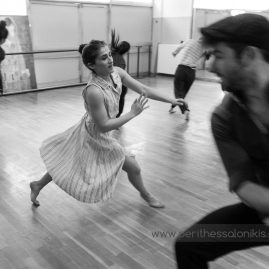 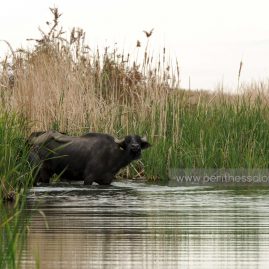 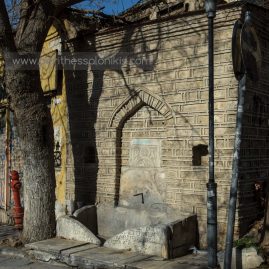 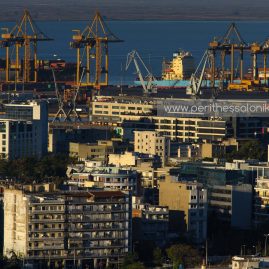 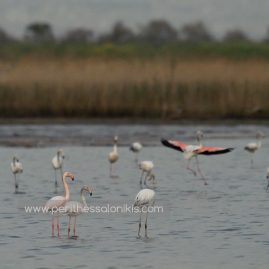 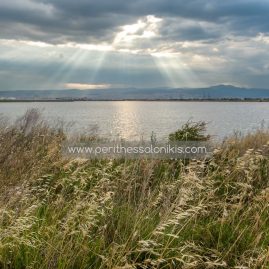